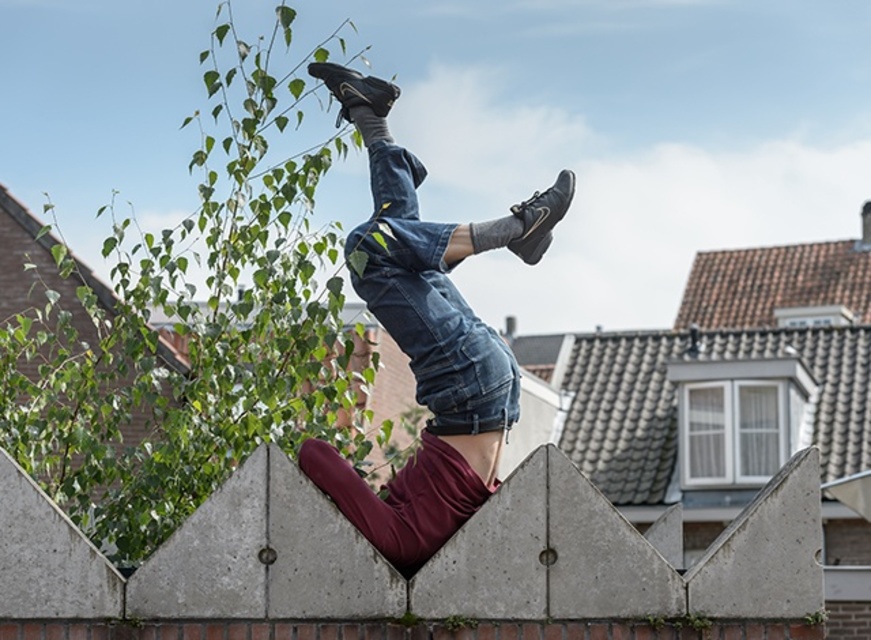 Step into the daydream that unfolds before your eyes. Using the magical, surrealistic stories of Haruki Murakami as a source of inspiration, Kaiel creates an intensely physical and absurd performance trail. In each new city, the work is adapted to the local context. In each version of ‘Murikamification’, a diverse and curious audience is overwhelmed by surprising scenery in the streets of their own city. Follow the action on this moving theater piece throughout Pittsburgh’s own Cultural District.

About Never Grow Up!
Throughout 2019 Never Grow Up! presents an abundance of Dutch film, literature and performing arts for young audiences in the United States. A wide range of work from the Netherlands for young audiences and their families will be presented and shared at festivals, conferences and other platforms, all representing a respect for young people and dedication to youth culture as an autonomous art form. The program aims to stimulate the dissemination and visibility of Dutch youth arts as well as cultural exchange and partnerships with renowned US-based presenters and organizations. Never Grow Up! is a joint effort of Dutch Performing Arts, the Consulate General of the Kingdom of the Netherlands in New York, Eye International, Netherlands Film Fund, Cinekid, Dutch Foundation for Literature, and DutchCulture. More information at http://www.dutchcultureusa.com/nevergrowup/.

This show is non-traditional and takes place throughout the Cultural Distict. Audiences will be provided with a meeting point prior to the show day and time. Artists will lead the audience on a theatrical adventure filled with comedy, acting, improv, acrobatics, dance, physical theater and music. Performances occur rain or shine. No late seating. Runtime: 45 minutes.

This is a Frog Stop